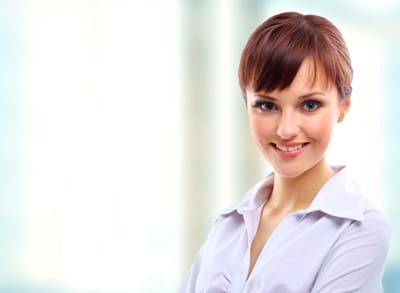 The value of health is something that can never be overstated, no matter how long you talk about it. It’s easy to place other aspects of life ahead of health on the priority list, but once your health falters none of those other things matter. If you aren’t healthy enough to work, look after children or spend time with friends, then your health becomes all that matters. Take these pieces of advice from a Gisborne chiropractor in order to truly understand the value of health.

Many Facets of Health and Wellness

Health and wellness is made up of a lot more than just your physical condition. Your physical body is important, and it is when this part starts breaking down that you might contact a chiropractor for treatment, but it’s just one piece of the puzzle.

Emotional wellness is another element that can directly contribute to your physical well-being. If you’ve been through emotional traumas, and haven’t dealt with them along the way, they tend to manifest in other areas of life that affect your overall health. It’s always best to express your emotions freely and manage them so you’re not hurting anyone else in the process.

Maintaining strong social bonds with family and friends is another way to strengthen your health. Study after study shows the importance of having strong social connections when it comes to your health. The most important relationship you’ll have is with yourself, but a sense of community and sharing with others is also a critical element.

Enjoying what you do in life is another important aspect of your overall health and wellness. So many people feel like they are trapped in professions they don’t find rewarding or that actually drain them physically and mentally. It’s almost impossible to be happy and healthy when you dread going to work five days per week.

When all of these facets are in balance and your health is thriving, you get to live life on your own terms rather than relying on doctors and medicine to keep you going. Seeing a Gisborne chiropractor can certainly reduce pain and increase your range of motion, but all of the different elements of wellness work together, so ignoring some of them isn’t going to make you feel better overall. At the end of the day, health is all you really have and luckily, you’re in control.

Is Pain The Only Reason to see a Gisborne Chiropractor? 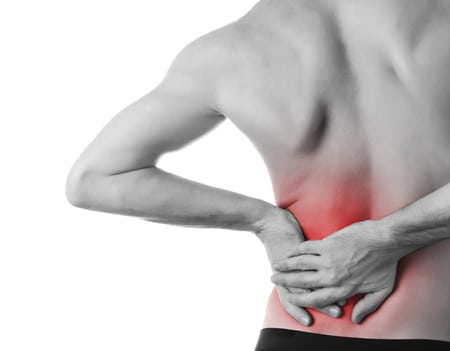 Chiropractic treatment has been associated with pain relief ever since it became part of the public consciousness. If you have a sore back, shoulder or neck you head to the chiropractor for an adjustment and all-natural pain relief. But is pain the only reason to see a Gisborne chiropractor?

Drawn In By Pain

The main reason people make that first visit to see a Gisborne chiropractor is because they are in pain. They may have a persistent headache, low back pain, radiating pain from the neck, sore shoulders, knees or some other type of pain. The common denominator is pain and the need for relief. Some patients will be trying out a chiropractor as a last resort after exhausting all conventional options, and others will be looking for chiropractic treatment right from the start.

Chiropractors are experts at adjusting spinal misalignments, which is a major cause of pain throughout the body. And while many patients are drawn in to see chiropractors in Gisborne because of pain, they quickly discover there is a lot more to it than just pain relief.

A Host of Other Benefits

When you visit a Gisborne chiropractor, it is important to clearly detail why you are there and explain every health issue that has been plaguing you. Many patients don’t bother telling the chiropractor about certain health conditions because they feel chiropractic treatment is only effective for pain. Much of the time, whatever you are experiencing is just a symptom of a more complex issue. Chiropractors are trained to treat causes, and not just symptoms, so you may notice improvements in several different areas after treatment.

The goal of our Gisborne chiropractic office is to create a comprehensive treatment plan that will restore your body back to its original balance. It might take only a few sessions, or it may take longer, but in the end you’ll be free of pain and you’ll feel like your old self. Contact us today at Jackson Chiropractic for help.  We are happy to help answer any questions that you might have. 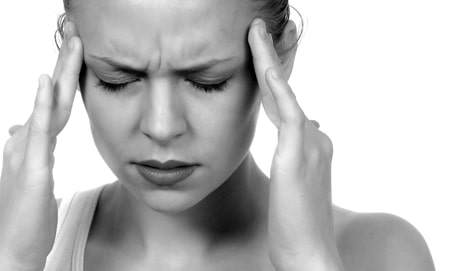 Just about everyone in Gisborne suffers from headaches once in awhile. Most of them don’t require any kind of medical attention and gradually subside with time. It is when a headache starts to interfere with your daily activities or takes them over completely that you need to seek professional attention. Follow these headache tips from a Gisborne chiropractic office to find relief and stay one step ahead of the problem.

Why Does My Head Hurt?

There are a host of different “triggers” that may be causing your headaches. Some have to do with your lifestyle choices, some are due to an underlying health condition, some are genetic and some are postural. Some common headache triggers include specific foods, certain smells, bright lights, loud noises, obsessive exercise, changes in blood sugar, using an improper pillow at night, poor posture at work or poor sleeping habits.

In roughly 95% of headache cases, the headache is not caused by an underlying health issue or disease. Most headaches are the result of muscle tension in your neck and/or upper back, caused by spending long hours in one fixed position. This means virtually every headache can be treated by changing your habits and making an appointment with a Gisborne chiropractor.

The most important headache tip you’ll receive from Gisborne chiropractors is to take steps to help yourself. If you have a job that requires you to sit in a static position for several hours per day, force yourself to get up and move around every 30 minutes or so. It doesn’t have to be anything substantial. Even a walk around the office or light stretching will do, as long as you aren’t sitting.

If you are prone to getting dull throbbing headaches you’ll want to avoid engaging in heavy exercise until they are under control. You can still workout, just switch things up to include more low-impact activities. Clenching your teeth during exercise or any time is another thing to avoid, because it causes stress to the joints in your jaw. Dehydration is always a big headache trigger, so drink water throughout the day and keep yourself hydrated.

If you find that your headaches persist, even after following the self-help tips, make an appointment with our Gisborne chiropractic team at Jackson Chiropractic. Spinal adjustments are an effective treatment for headaches that originate in your neck or upper back. Once your misaligned vertebrae are back into position and normal function is restored, your headache pain may subside. 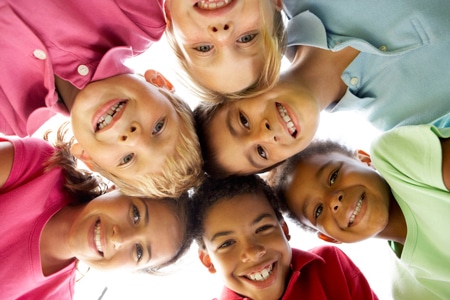 Although children are smaller than adults, and their bodies are still growing and developing, parents tend to weigh them down with backpacks that are far too heavy and unbalanced. Low back pain is the most common health issue suffered by Americans, and in many cases, it all starts in childhood with those oversized backpacks. No parent wants their child to suffer, so listen to the advice of a Gisborne chiropractor when it comes to proper child backpacks.
Selecting a Backpack

The first order of business is to select a backpack that will be supportive and won’t put undue stress on any part of a child’s body. Child backpacks should be made of lightweight material and be proportionate to the size of the child’s body. Buying large backpacks with the thought of fitting more into it will only cause problems.

Look for backpacks that have several individualized compartments to help you balance out the weight effectively. Padded shoulder straps that are at least two-inches wide and a strap that goes around the waist are also features to look for when making your purchase.

When packing the backpack, distribute the weight evenly and try to ensure it weighs less than 15% of the child’s bodyweight. If it is too heavy, the child will bend forward slightly to try and counterbalance the weight on the shoulders. The heaviest items in the backpack should be packed closest to the body and if it isn’t necessary leave it out.

When a child is wearing a backpack, the shoulder straps should be adjusted so that the pack is close to the body. This will distribute the weight of the pack evenly over the spine and prevent misalignment. It’s important that kids use both of the straps on the backpack so the weight distribution remains equal. You should also show your child how to bend at the knees to pick up the backpack and instruct him not to twist or bend at the waist while wearing it.

Wearing an improper backpack sets the stage for a host of physical problems later in life. If you’re not sure how to proceed or your child is already showing some of the above symptoms, contact our team at Jackson Chiropractic today.

One of the back conditions that patients routinely visit a Gisborne chiropractor for is a herniated disc. This type of injury generally responds well to chiropractic treatment, so it’s wise to schedule an appointment in the early stages. Herniated disc treatment can help patients avoid prescription pain medications and any side effects that come along with them.

What Is a Herniated Disc?

A herniated disc is usually a degenerative condition brought on by the wear and tear of normal aging. Over time, your discs lose moisture content and become less flexible, making them prone to tears and ruptures without a whole lot of stress being placed on them. Some factors that may increase your risk of suffering a herniated disc include being overweight, having a physically demanding job, improper lifting and even genetics.

Many people that have a herniated disc don’t end up experiencing any sort of symptoms, but the ones that do can feel intense pain. If your herniated disc is in your lower back, you’ll be more likely to feel pain in your buttocks, hips, thighs and calves. If the problem is in your cervical vertebrae, you’re more likely to feel pain in your shoulders and arms. Numbness, tingling and general weakness are also symptoms of a herniated disc. Typically, the muscles and body parts that are served by the affected nerves will experience these symptoms.

When to See a Chiropractor

If a conventional doctor has diagnosed you with a herniated disc, then make an appointment with a Gisborne chiropractor as soon as possible. Many patients show up at a chiropractor’s office with symptoms, but no diagnosis. If you have any of the symptoms listed above, or any back pain that’s been undiagnosed, a chiropractor can assess the issue and formulate an effective treatment plan. Since a herniated disc is usually found in the lumbar region or cervical region, and includes tingling and numbness along with the pain, you’ll be able to give your chiropractor a head start if you pay attention to your symptoms and communicate them clearly.